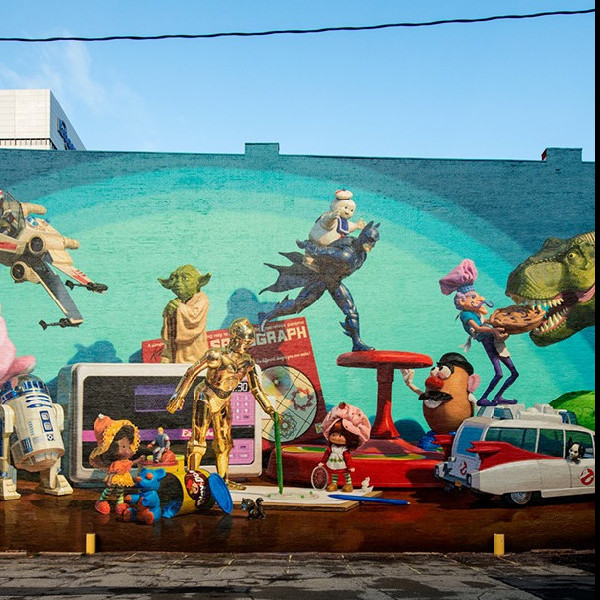 Seven Hills and A Queen to Name Them 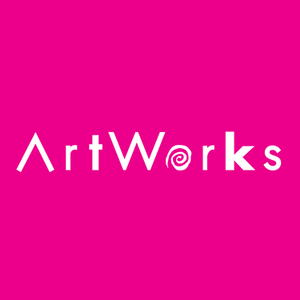 A poem commissioned by ArtWorks and crafted by Chase Public

I always say a prayer
when I see you through
the cut in the hill,
my drama Queen City.

You swam in bourbon and blues
and called your song the river.
I doused myself in your laughter.
Now I climb hilltop woods
and stone halos
to find an unabridged view.

You’re an artist until proven innocent.
I reached for your hand in a gallery
with a painting named Springtime.

You stood me in the northern light
of a Court Street window
and made a photograph.
You made away with me.

Cincinnati was first spoken by the mouth
of the Licking, in a bend
of the good river, the Ohio.
A city lifted by the genius of water.

Who can know this place,
its streets laid out with the peculiar vision
of constellation charts? Let’s draw our own maps:
triangulate the bells of every parish,
sketch neighborhoods that overlap zip codes.
Buy a cone at every summertime stand,
blow a horn at every pawn shop,
eat barbecue and slaw at every smoker
while we sift through the small talk:
Which chili parlour? West side or east?
State or commonwealth? What high school?

Can anyone say where our city ends?
The Queen shares her crown
with the northern South
and all who call her home.
Our city’s limits are carved in hearts, not stone.

The Queen dreamed out loud,

Mama’s gonna pull history from the buildings,
roll it out on the street for you to see
original brick, hidden under siding, under asphalt.
Story on story, hoisting us higher into history.

Mama’s gonna open bar doors, stretch the taps out
to the sidewalk, pour drafts for drinkin’.
Light the sacred glass in blooms of stonework
and paint the streets like a beer bottle mosaic.

Mama’s gonna build a boat bigger than Noah’s,
a wheel and tall stacks, to whistle your name.
Plow the lonely barge lanes in winter
and hop-skip the river boat to boat when fireworks fly.

Mama wants to make it happen.
Mama’s doin’ it for you.

You taught me to Ezzard Charles,
to jab, weave and strike like a cobra.
To throw myself out of the corner and into the fight.

To cheer into the river night
with the ghosts and golden spirits
of Crosley Field, a palace to the fans.
Throat sore, eyes too full of light.

You taught me to avoid the tag,
to sing the knotted history of the hit king
with a stubborn tongue.
To slide head-first into home.

I came for the magic and stayed
for the music. Heard your trumpet calls,
symphonies and syncopations.

I let a stranger sing to me,
lines that told the truth like graffiti
over sanctioned street art.
She phrased a phrase too charged to hold key.

Music reaches down the one-ways from a public stage,
rebounds off homes from church festivals.
Brick, here, is a canvas for revolution,

a reawakening of sweat and spirit.
The site of the blacksmith off Ridge is now
a record store, hammer clang to cymbal crash.
Time goes by, places change, the rhythm pushes on.

The fog rolls over the night hills—
not every hill, but here.
Rolls in and hides the limits of the night.

I drive Montgomery Road to our centennial house.
From the porch, I hear the baby cry,
a new squall storming old plaster.

Joining the wind, an anthem
to our alma mater. In my arms,
I shush with wordless whispers
and no magic, sounds to settle
an arrival home.

This street, where puddles splash. On this hill,
with no historic name, one among many,
the fog paddles on into memory.

Home. The name of a surprising house,
its numbers bright as jewels.

There’s a title for every square foot
of this city. We call them all again.
Reclaim them. Choosing a name
is a declaration of intent.

But it’s uncertain magic.
Cincinnati, named for the leader who cast aside
his sword when the war was won.
Named for power surrendered, and power is surrendered
in time. Swords not laid down will one day drop.

We who had been torn, stirred, packed down,
formed and baked into the brick of change,
are now referred to as able—
spoken of when pointing to progress.
The mystery unwinds but doesn’t unravel.

Cincinnati is a promise that we make
to our inner selves,
and I promise
there are still stories
to tell and to tell.
Streets to walk, and corners,
like the city , to come around.

Marry me in Eden Park,
Lay with me at Spring Grove.
It would be beautiful.

You’re the heart in my wrist,
the arrow on my chest.
I tried to draw you some mysterious name
but you turned my line
into a circle around us.